KHIDEKEL BRAND unveiling the spectacular and one of a kind Khidekel Masterpieces Collection, based on art by Lazar Khidekel (1904-1986), Suprematist artist and visionary architect from the Malevich circle.

Invented by Kazimir Malevich in 1915 at the height of Modernism movement, Suprematism geometrical abstraction became a foundation of the visual culture of the 20s and 21st centuries.

Inspired by Suprematism ‘s notion of an organic form-creation continuum and crossing disciplinary divide, Khidekel created art and floating cities that always refer to the future.

Mark Khidekel, winner of international contests, Grand Prix at Biennale InterArch – 83, and State Prize recipient, architect, designer and artist, he continues the style, creative thinking   and environmental legacy of Suprematism after his father and teacher, Lazar Khidekel. Currently, together with Roman Khidekel, the third- generation successor, they create visionary projects such as the Vertical Highway, Bridge-City, and recently submitted their innovative proposals of the turning the waterfront of the Upper East Side into an exciting, versatile and relaxing  green zone returning and elaborating access to the East River.

The high level of execution 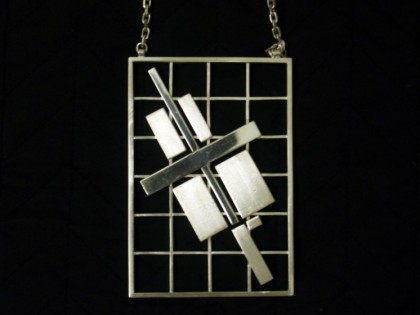