“Lazar Khidekel is one of the greatest of innovators in architecture in our times,”  said Daniel Libeskind, jury member of the Golden Trezzini Awards and the Lazar Khidekel Prize. “His concept of space, functionality, and modernity is something which has inspired me ever since I discovered his drawings. In Khidekel’s work the word ‘innovation’ is not a footnote but the central spirit of his buildings... He is not a mere visionary of the past, but an architect whose work should inspire all of us to become as young as his ethereal vision."

Regina Khidekel, author of many publications about the Avant-garde and Lazar Khidekel, founder of the Russian American Cultural Center and the Lazar Khidekel Society, jury member of the Golden Trezzini, sees a special connection between the two architects: “Domenico Trezzini was the first architect of St. Petersburg and one of the creators of the new architecture in Russia, which entered the international arena, adopting the achievements of the European culture.

Two centuries later, Russia became one of the main centers of the Avant-garde and gave the world some outstanding innovators in art, architecture, philosophy, and science, including Kazimir Malevich, inventor of the art movement called Suprematism, and Lazar Khidekel (1904, Vitebsk – 1986, Leningrad), Malevich’s associate and the first Supremacist architect, who led Suprematism towards its future development, which today is increasingly associated with his planetary vision in solutions to global urban problems.”

“Any participant of the Golden Trezzini Awards, who has applied for one of the architectural nominations, including nominations for students, can claim the Lazar Khidekel Prize,” said Pavel Chernyakov, Chairman of the Golden Trezzini Arrangements Committee. “Thus, no separate entry for participation in this special nomination will be required. The winner will be the author of the project, which demonstrates the best innovative solutions in the field of architectural design.”

According to Pavel Chernyakov, entries of the Awards nominees for the special nomination “Best Innovative Architectural Project” will be selected by Roman Khidekel, member of the Golden Trezzini Arrangements Committee, architect and artist. A private ballot to choose the winner will be held by the Council of the Lazar Khidekel Society, which includes a number of the Golden Trezzini Awards jury members, in particular, Daniel Libeskind, Mark Khidekel, Regina Khidekel, Mikhail Lukyanov, head of the RSK LLC design company, and Martina Bigliardi-Möhr, representative of the Lazar Khidekel Society in Switzerland.

More about the project in Russian | in English 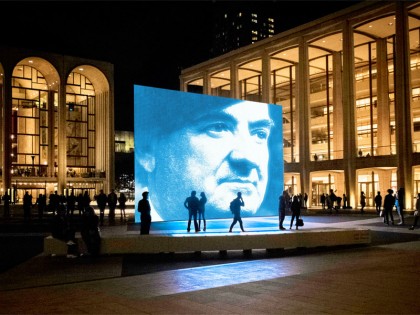