A Living Memorial to the Holocaust

Museum of Jewish Heritage and The Russian American Cultural Center are pleased to announce a joint event series.

Museum of Jewish Heritage and The Russian American Cultural Center are pleased to announce a joint event series.

2:00 PM
Daring to Resist: Jewish Defiance in the Holocaust. Tour the new exhibition by Igor Kotler, Senior Historian at the Museum of Jewish Heritage – A Living memorial to the Holocaust

3:00PM
Presentation of the newly-released book Foxbats over Dimona: The Soviets’ Nuclear Gamble in the Six-Day War by Yale University Press, 2007 and a discussion with the authors: Isabella Ginor and Gideon Remez

Foxbats over Dimona: The Soviets’ Nuclear Gamble in the Six-Day War resolves one of the great mysteries of the Six-Day War, putting the Soviet Union at the center of the drama. Written with a wealth of documentary evidence, it has all the intrigue of a detective story, and all the pace of a novel. -- Sir Martin Gilbert, CBE, Historian of Israel and Russia, official biographer of Winston Churchill

Foxbats Over Dimona is a well-researched and provocative new look at the background to the 1967 Israeli-Arab war. Its central thesis—that the Soviet Union instigated Egyptian and Syrian aggressive military moves in order to invite an Israeli first-strike that would provide the Soviets with a pretext to destroy Israel's nuclear program—appears unreal until one assesses the myriad sources and deep documentation that add up to a compelling argument. This book will immediately assume a place of prominence among the must-read sources for understanding the 1967 war. -- Daniel C. Kurtzer, former US Ambassador to Israel and Egypt, Woodrow Wilson School of Public and International Affairs, Princeton University

In this work the authors have made a unique contribution to the history of the Cold War in the eastern Mediterranean and specifically the Arab-Israeli conflict of June 1967, popularly known as the Six Day War. Their research challenged the predominant view of that war and [theirs] is certainly an original explanation of the events leading up to the war and of Soviet conduct during the war, [which] has been little appreciated if not entirely ignored by Western historians. -- David Murphy, author of What Stalin Knew: The Enigma of Barbarossa

Isabella Ginor and Gideon Remez have written an ambitious and thoroughly revisionist account of the origins of the Six Day War of 1967. By placing Israeli nuclear ambitions – and the Soviet reaction to the Israeli program – as major links in the chain of events that led to war, the two have produced a book that will stand out in the debate about the Cold War and the Middle East. – Odd Arne Westad, Co-Chair, Cold War Studies Centre, London School of Economics; Bancroft Prize (2006) for The Global Cold War

Isabella Ginor and Gideon Remez present a fascinating, plausible and hitherto untold tale of high-risk Soviet military machinations in the Middle East before and during the June 1967 War. The authors demonstrate that the Six Day War not only represented a turning point in the history of that volatile region, but also marked a major Soviet political-military defeat of a magnitude comparable to the Cuban Missile Crisis. Carefully researched and reconstructed, fast-paced and well-written, this book represents a major contribution to the history of the modern Middle East and of the Arab-Israeli conflict. —Dov S. Zakheim, former U.S. Undersecretary of Defense 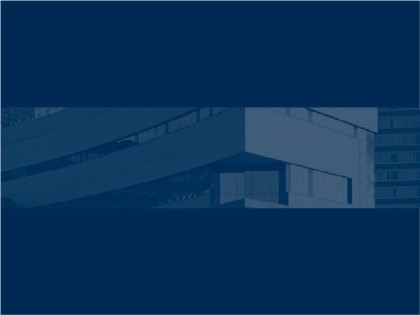