Book Launch: IN THE JAWS OF THE CROCODILE by Emil Draitser

Emil Draitser, professor emeritus at Hunter College, in conversation with Yasha Klots about his new book, "In the Jaws of the Crocodile" on Feb 3

Emil Draitser spent a decade during the Brezhnev era contributing to Crocodile, the major Party-sponsored magazine known for its sharp-tongued essays and cartoons. After he got in trouble for criticizing an important Soviet official, he began weighing whether to emigrate. In In the Jaws of the Crocodile, he explores what it means to be a satirist in a country lacking freedom of expression. His experience provides a window into the lives of a generation of artists who were allowed to poke fun at the regime and make readers laugh, as long as they toed a narrow, state-approved line. In the Jaws of the Crocodile also includes several of Draitser’s wry pieces translated into English for the first time.

Get an autographed bookplate when you order In the Jaws of the Crocodile .

Emil Draitser is a professor emeritus of Russian at Hunter College. He is the author of several books, including Farewell, Mama Odessa; Stalin’s Romeo Spy: The Remarkable Rise and Fall of the KGB’s Most Daring Operative; and Shush! Growing Up Jewish under Stalin: A Memoir.

Yasha Klots is the author of Joseph Brodsky in Lithuania, numerous research articles devoted to the works of prominent Russian writers, and Poets in New York: On City, Language, Diaspora, a book that explores the part that New York City plays in Russian literature.

RACC’s programs and events are made possible in part by the New York State Council on the Arts with the support of Governor Andrew Cuomo and the New York State Legislature, New York City Department of Cultural Affairs, Cojeco and Tianaderrah Foundation 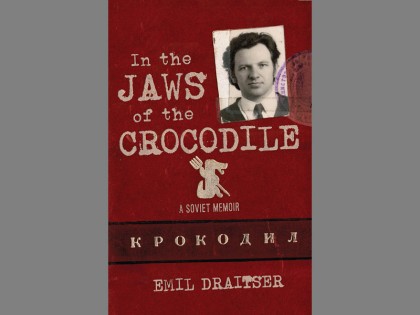