Vicky is a nationally touring comedian with no limits.

Vicky is a nationally touring comedian with no limits. She has performed all over the country, has been heard on Sirius Satellite Radio and can be seen regularly at venues all over New York City, including Comix Comedy Club, Gotham and more.

She brings hilarity and edge to her Russian/Jewish Roots, Politics, dating, survival, world travel and of course...coping with family. She has been described as funny, fierce and fearless and continues to deliver her comedy nightly with undeniable humor, nuance, wit and a whole lot of fun.

R Spotlight - a first of its kind Russian-American Stand-up and Sketch Comedy Tour that offers audiences a hilarious and memorable show that everyone can relate to. 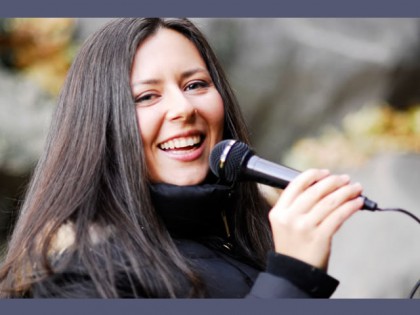